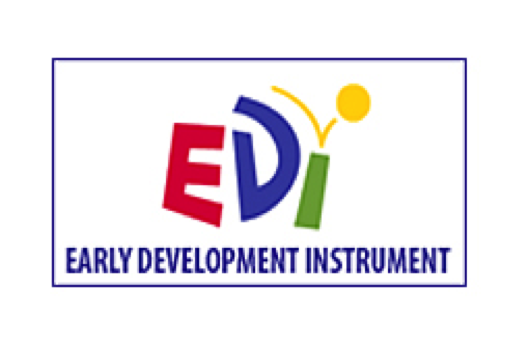 What is the Early Development Instrument?

The Early Development Instrument, sometimes labeled EDI for short, is a population measure of how young children are developing in different communities in the United States. It measures these children on five key areas, or domains, of early childhood development:

The Early Development Instrument is helpful not only in describing how children are developing, but also in predicting health, education, and social outcomes.

How are Early Development Instruments Reported?

Early Development Instrument results are reported at a population level as the percentage of children vulnerable in each of the five domain categories listed above.

In February of 2015, 90 kindergarten teachers in Wichita County filled out a questionnaire with 103 questions over every child in their class. There were 1,606 questionnaires sent electronically to the University of California – Los Angeles to be geocoded. Of that number, 1,587 had actual addresses within the borders of Wichita County that were valid for geocoding. This is population data with each child’s address being mapped within a neighborhood. There are baseline numbers from several areas to determine vulnerabilities on different maps. Some are county-wide comparisons. Others are state and/or national. 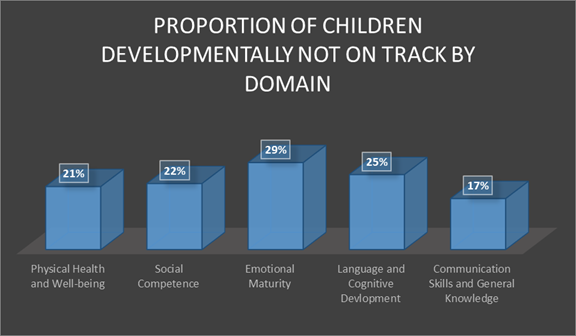 *Figures taken from Table 4 of the 2015 Early Development Instrument 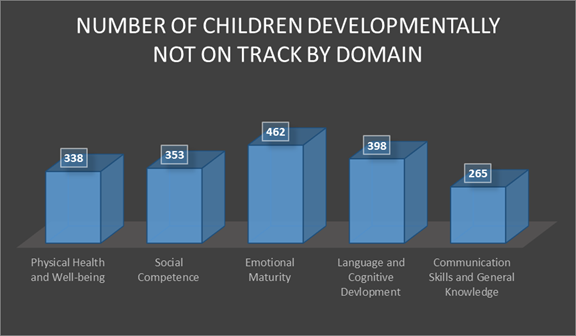 *Figures taken from Table 4 of the 2015 Early Development Instrument

How YOU can help!

If these numbers are startling to you, consider joining our task force whose goal is to decrease the vulnerabilities countywide. You may be thinking to yourself there isn’t anything you can bring to the table that could help further this cause, but you couldn’t be more wrong! You might know someone who has expertise in the very areas of vulnerabilities at which the Task Force is looking. By connecting that person to a Task Force member you might know or by calling North Texas Area United Way and speaking to the EDI Coordinator, you can be a “dot connector.” Every member of the task force brings a unique perspective and set of skills that are invaluable. Wichita Falls and Burkburnett have formed, and continue to form, Task Forces to look at the vulnerabilities, and have begun brainstorming the root causes. The next step will be to decide on action steps to decrease and hopefully eliminate these vulnerabilities. We know the communities in Wichita County can decrease the vulnerabilities, but the “village” has grown larger and it will take ALL of us working together.

***Become a member of the Task Force today***

No Results found for: {{searchTerms}}